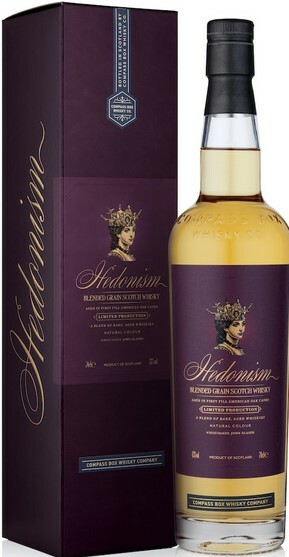 When good Scotch grain whisky is aged in good quality American oak casks, the results can be stunning: a rich, sweet, alluring whisky, redolent of vanilla, pastry cream and coconut. You’ll nd all these things in our Hedonism bottlings. We believe that great Scotch grain whisky is the little-known treasure of the Scotch whisky industry.

Hedonism is part of the Signature Range from Compass Box. The ve Scotch whiskies in this range cover the entire spectrum of Scotch whisky styles, from the delicate, sweet character of Asyla, to the subtle vanilla, clove and fruity characteristics of Oak Cross, the rich and spice notes of The Spice Tree, the peaty- smoky character of The Peat Monster and the elegant avours of vanilla cream, toffee and coconut in Hedonism. Each is made from the highest quality casks, to create more complexity. The whiskies are combined according to each recipe and returned to casks for marrying up to 24 months before bottling. Steps like these enhance complexity, avour integration and soft mouthfeel. Extra steps, but we think they’re worth it.

“Hedonism is a unique and award-winning blended grain Scotch whisky. We produce it once or twice per year, depending on our ability to source the quality of casks we require. Rare and old, it’s something special for both the collector and the new whisky enthusiast.

Recommendations: As an aperitif, serve with a small amount of chilled water. Late in the evening, serve neat. Also makes a great whisky sour.

Distillery Sourcing: Will vary according to batch but typically whiskies from the following distilleries: Cameron Bridge, Carsebridge, Cambus, Port Dundas or Dumbarton. 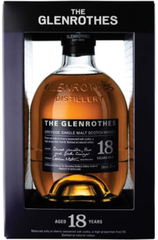 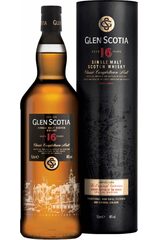 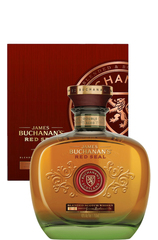 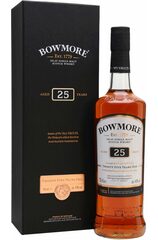