Perhaps they had too much time on their hands. Or they were sick of the sacramental wine. Maybe it was divine inspiration? We’ll never know for sure. What we do know is that the Hoegaarden monks were the first to discover the unique recipe for wheat beer around 1445.

Wheat beer caused a bit of a stir in Hoegaarden. In all honesty, Hoegaarden became one big brewery in the 18th century. In 1709, the village had no less than 12 breweries. In 1726, that number had increased to 36. Oh and let’s not forget the 110 malt houses.

The last brewery in Hoegaarden, Tomsin, closed shop in 1957. Soon after, in 1965, the villagers decided to take action to preserve the original recipe. Milkman Pierre Celis took the bull by the horns and started brewing up a batch in his milk shed, using only a copper boiler.

He quickly expanded his operation and moved into a bigger building – ‘De Kluis’ (The Vault) – a subtle nod to the monks. By 1985 the nod was no longer subtle as he was making more than 75.000 hectolitres per year. Just as he was about to start exporting to the United States, a rather large fire flattened his dreams (and the beer). The brewery was destroyed.

“A unique, authentic Belgian wheat beer first brewed in 1445. The taste of Hoegaarden is unique and complex: sweet and sour with a note of bitterness, a spicy echo of coriander, and a hint of orange.” 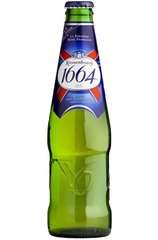 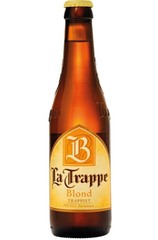 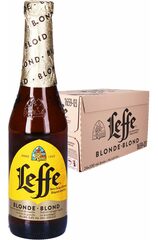 The beer has a cloudy and hazy look with nice frothy lace. Has a refreshing and light taste to it which is the perfect drink for this sunny weather. Rich in flavour with a hint of citrus to it.