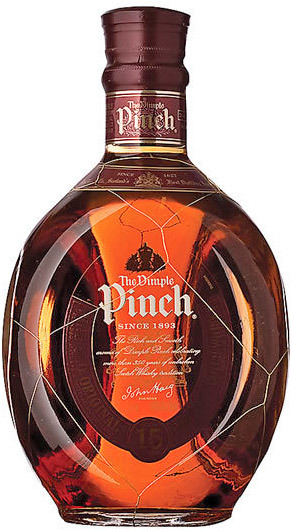 Haig Dimple was named after the unique shape of the Dimple bottle. It was also known as Dimple Pinch in the USA, albeit in a stronger 43%abv expression. Haig Dimple is the upmarket brother of Haig Gold with an age statement of 15 years and a much more malty influence including single Malt Whiskies from Glenkinchie and Linkwood in the blend.

Fun Fact, Haig Dimple was also the dram of choice for James Bond 007 and his CIA Buddy Felix Leitner in the original James Bond Books by Ian Fleming in which Bond drove a Bentley rather than an Aston Martin!