The name of the winery was given by an old friend of the family D. Forner Vicente Noguera Espinosa de los Monteros, Marqués de Cáceres and Grande de España.

The marquesado has its origins in the XVIII century and was granted by the King of Spain to the Captain of the Royal Spanish Navy Don Juan Ambrosio García de Cáceres and Montemayor in gratitude for his outstanding services to the Crown in the war of the Kingdom of the Two Sicilies. The current Marqués de Cáceres, D .Juan Noguera is still attached to the Bodega.

“Dark and dense ruby colour. Refined and complex aroma with a touch of cherry,vanilla and soft toasted notes. Balanced in the mouth, where the silky and welldefined tannins are combined with exquisite flavours to reveal a pleasant fullness. This Reserva firmly follows in the steps of the 2012 vintage, which wasawarded several prestigious prizes.” 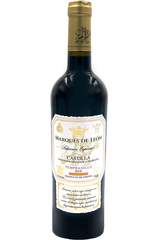 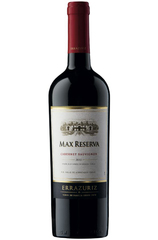 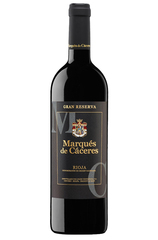